The JR7-F features an all energy load out. With six energy Hardpoints, three in each arm, the -F is easily capable of tracking its targets on uneven terrain and while jumping through the sky.

The JR7-F drops the SRM 4 from the JR7-D model in favor of nearly doubling the armor. It does retain the four arm mounted Medium Lasers though. This gives it greater durability, freedom from ammunition concerns, and slightly less heat build up.

The JR7-F, like all Jenners, is among the fastest 'Mechs available. It is also capable of jumping over obstacles thanks to the ability to mount up to five jump jets. Six energy hardpoints, all of which are arm mounted, allow the design to focus all of its fire power and to keep fire on targets even when fighting on terrain that might hinder torso mounted weaponry.

Like other Jenners, the JR7-F lacks lower arm actuators, which means that the arm mounted weaponry will not traverse from side to side faster than the torso nor aim farther than the limitation of the torso twist range. Also, the lack of ECM will not put this model at a disadvantage when fighting ECM capable 'Mechs such as the Raven RVN-3L or Commando COM-2D as there are no missile hard points on the JR7-F.

This online Mech Lab tool will let you build any load outs without having to purchase the 'Mech or spend C-Bills first.

Get help, discuss, or show off your custom 'Mechs on the forums: 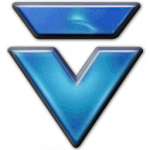