Fusion Engines are the powerhouse of a BattleMech and are mounted in the Center Torso.

Engines provide the power necessary to move a 'Mech and fire its weapons. Unlike internal combustion engines, Fusion Engines generate power by fusing hydrogen isotopes (1H) much like the center of a sun. Despite conventional thought, these Engines are not potential mini-nuclear explosions. When damaged to a significant degree they will automatically shut down all fusion reactions and power down the BattleMech. WARNING: To override this shutdown process the default button on all Engines is 'O'.

Engines not only produce power but also have a power loss, which leads to the advent of heat, that needed to be dissipated, thus needing at least 3 Heat Sinks to work.

Each 'Mech comes with its own Standard-Engine from stock. This Stock-Engine defines the maximum power rating of the 'Mechs Engine upgrades, thus limiting its maximum speed (Restrictions Formula).

Engines come in two different variants and a Stock-Engine may be of either type, depending on the 'Mech model.

The 'Mech have no portion of the Engine in their Side Torso (RT and LT) and can therefore survive the loss of one (or even both) side torsos.
Making only the Center Torso a Critical hit-zone.

XL stands for "Extra Light", NOT "Extra Large". But these engines do require more space than the standard engines.

Light Engines are only found in Inner Sphere 'Mechs. Similar to the Clan XL-Engines, the light engine takes up 2 critical slots in each side torso instead of 3.

Historical Footnote about the Engine Table

The Engine weight table does not match TableTop rules, as it includes the Cockpit (3 tons), Gyro (Power Rating/100, roundup) and an adjustment for required Heat Sinks up to the maximum of 10 in Mech Lab for engines rated at less than 250. (See FAQ for more information)

'Mechs are restricted on how fast they can go by two factors:

To calculate the maximum speed of 'Mech use this equation:
(Power rating / Tonnage) x 16.2 = Max. speed.

Note: Every 50 ton 'Mech or heavier is therefore only restricted by the multiple of its Stock-Engine rating, since 8.5x its tonnage will always exceed 400.

Since the max. Engine is limited by the lower of the two rules, the highest Engine the Hunchback can use is a 260 rated Engine.

Since the max. Engine is limited by the lower of the two rules, the highest rated Engine the Cicada can use is a 340 rated Engine. 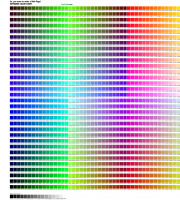